What is the significance of the Kamakura samurai sword?
Tomasu Sawabe inherits this sword and discovers that it once belonged to an enigmatic ancestor, who is never mentioned by name. However the last thing Sawabe wants is to follow a military career. He wants to devote his life to art.

He is alarmed at the growing militarism in Japan (1932) and anti-western propaganda, which is summed up by an advert selling shampoo with the words: Purging one’s head of Anglo-Americanism. The final straw is an attempt on Charlie Chaplin's life while in Tokyo and the assassination of the liberal prime minister, Sawabe has had enough. He flees to Paris where he is able to paint in freedom. But this freedom is suddenly curtailed by his father's death. He returns to fulfil his filial duties and becomes caught up in the fervour of a general mobilization and finds himself, together with Akihiro Katsuzo, a poet, enlisting as an officer in the invasion force of Shanghai (1937).

While not a pacifist, Sawabe nevertheless hates violence and is appalled at the brutality of his fellow country men. He is torn between his desire to pursue art and his loyalty to the Emperor and his family traditions.

Unknown to Sawabe, Tien Loi, a street kid, will play a significant role in Sawabe's destiny. Tien Loi together with his sister, Lanshin are members of a street gang that spies for the Chinese Resistance. Meeting a mysterious Taoist priest, Tien Loi seeks to find if the ancient gods will help drive out the enemy. His ambition is to join the Resistance as a fighter. His desire is fulfilled but it leaves him exposed to danger from Japanese patrols, Chinese traffickers and 'mysterious' occult forces.

His sister, Lanshin abandons her street life and takes shelter in the Russian mission where she comes under the spiritual protection of an enigmatic bishop, who Katsuzo jokingly refers to as the spiritual 'shogun' of Shanghai. Sawabe and Katsuzo are deeply affected by the Russian 'shogun'. In the midst of the carnage and destruction of the city, Sawabe and Katsuzo find fulfilment in helping the street kids.

Despite the crushing defeat of the Chinese army and the capture of Shanghai by the invading forces, Tien Loi, Lanshin and friends find a glimpse of hope from an unexpected source.

Posted by Fr Serafim at 3:26 PM No comments: 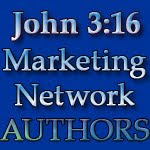